Savanna woodlands and grasslands cover about 1.9 million square kilometres or about 23% of the Australian continent. Greenhouse gas emissions from hot, widespread fires in the savanna region of the Northern Territory account for about 35% of its entire greenhouse gas footprint, making savanna fire projects an important pathway for reducing the Northern Territory’s total emissions. 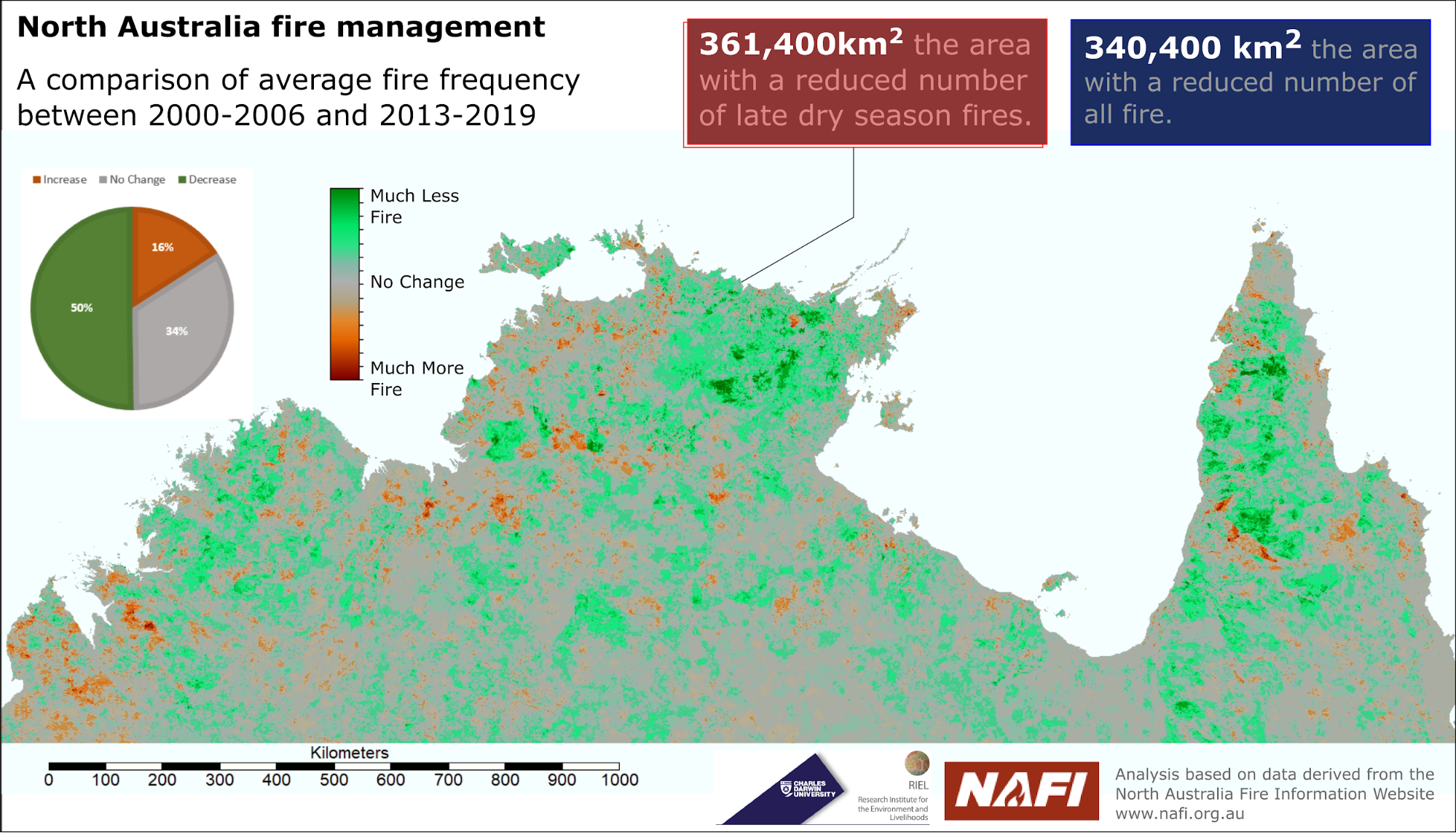 The Indigenous carbon industry emerged from scientific research showing that a significant savings could be made in carbon emissions by re-establishing traditional fire regimes in the landscape, which favour predominantly early dry season burning. These savings in emissions, when measured, create carbon credits to offset generation of greenhouse gas pollution by other industries.

Through the Australian Government’s Emissions Reduction Fund, registered carbon projects can sell Australian carbon credit units (ACCUs) through an auction to the Government. Projects may also sell their ACCUs privately, including to companies seeking to voluntarily offset their carbon emissions.

Currently there are over 29 Indigenous savanna fire projects working across 17.9 million hectares of north Australia. The industry abated approximately 1.2 million tonnes of CO2e in the 2017/18 year and 873,511 tonnes in the 2018/19 year. About 68% of production of Indigenous carbon credits occur in the Northern Territory.

“This fire management program has been successful on so many levels: culturally, economically and environmentally. Through reinstating traditional burning practices, new generations of landowners have been trained in traditional and western fire management, hundreds of thousands of tonnes of greenhouse gas have been abated, and the landscape is being managed in the right way.” —Dean Yibarbuk, Fire Ecologist and Senior Traditional Owner, West Arnhem Land

What you can do: